North End Farm is situated in the spectacular Dorset countryside, yet only a couple of miles from the Jurassic Coast, with its spectacular beaches, pubs, restaurants. It consists of a farmhouse and surrounding buildings which together create a fantastic location for wedding groups of around 20 people, with outstanding views over the hills and valleys beyond.

The farmhouse dates from before 1600 with some parts reconstructed after a fire in 1640. Features such as an Inglenook fireplace, old bread oven and mullion windows combined with plenty of outdoor space. All properties include modern comforts such as large flat screen TVs and wifi.

North End Farm has a games area as well as a large downstairs room which would be perfect for pre or post wedding celebrations.

North End Farm is about 20 minutes by road from Mapperton.

Go back to main accommodation page 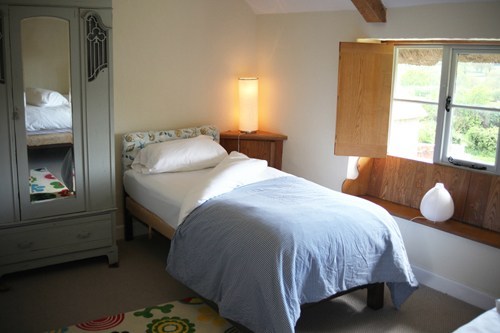